A Battery-free Future is Great News for the IoT Sector 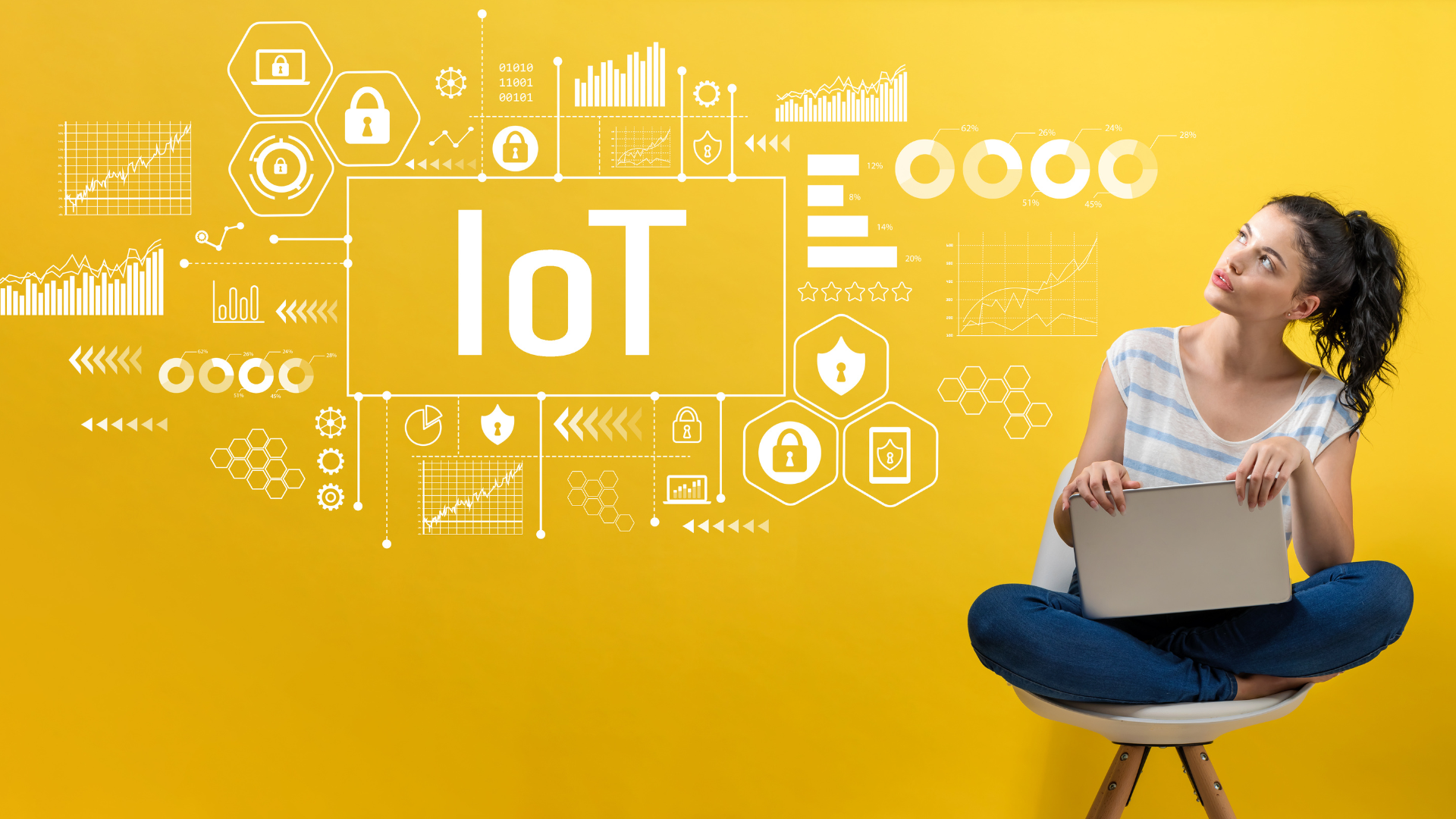 Batteries are essential components in IoT systems but also significant pollution agents. Read to see the strides being made toward a possible battery-free IoT future.
When NVIDIA first announced its plan to acquire Arm Holdings from SoftBank in 2020, company CEO Jensen Huang boldly proclaimed that the new decade would see trillions of AI-enabled IoT devices enter the market.
While the Arm Holdings deal eventually fell through, Huang's prediction about IoT's expansion seems still on course. After all, in the two years since NVIDIA's announcement, IoT devices have proliferated at an astonishing rate.
Most IoT devices currently run on battery power because the conventional alternative, a direct connection to the mains, is not as flexible or mobile. However, as connected devices increase, so does the problem of battery waste.
According to EnABLES, an EU-funded project focused on IoT sustainability, as many as 78 million batteries could be dumped globally every day by 2025. When used batteries are not properly disposed of, they end up in landfills and release toxic chemicals into the environment.
Given IoT's rapid growth rate, the industry must address the battery challenge quickly and thoughtfully. Although companies have made commendable strides to lengthen the battery life of IoT devices, the ultimate goal is to make battery-powered devices a thing of the past.
In today's article, we unravel why the IoT sector must move from battery power sooner rather than later and the exciting innovations making this possible.
Why does IoT need to go battery-free?

Digitization has dramatically increased the world's reliance on battery-powered devices. From smartphones and laptops to fitness trackers and smart home devices, it seems like everything needs a battery to function. Moreover, batteries have become smaller and more efficient over the years, making incorporating them into new devices easier.
However, the problem with battery-powered devices is that they eventually run out of juice and need to be recharged or replaced. Working with Huang’s presumed 1 trillion IoT devices in the pipeline, this limitation poses a serious sustainability issue.
Below are five reasons IoT advancement hinges on the industry's ability to wean itself off battery power.

It does not take much reasoning to recognize that the cost of maintaining a trillion battery-powered connected devices would be astronomical. Replacing batteries every few years would quickly become a costly and logistically nightmarish endeavor for companies and end-users.

Another issue with batteries is that they degrade over time and lose their capacity to hold a charge. This performance degradation can cause devices to malfunction or work less efficiently, ultimately requiring replacement before their intended lifespan.

3. E-waste
The proliferation of used batteries would inevitably lead to a sharp increase in electronic waste. The World Health Organization predicts that the world will produce 63 million tons of e-waste in 2022, a 30% increase from 2018. Worse still, less than 20% of e-waste is formally recycled, with the rest ending up in landfills where harmful toxins can leach into the soil and water.

While some companies have begun implementing battery-recycling programs, the process is still far from perfect. Recycling batteries is a complicated and expensive undertaking, and the metals used in batteries are often contaminated with other materials, making them more challenging to recycle.

Most of today's batteries are lithium-ion batteries, which rely on cobalt, a metal that is both expensive and in limited supply. As battery-powered devices become more ubiquitous, the price of cobalt is expected to increase, making it even more difficult for companies to justify using battery-powered devices.
Realizing a battery-free IoT future with energy-harvesting technology

The prospect of doing away with batteries may seem daunting, but developers have been exploring more sustainable options. Unsurprisingly, the first place they turned to is the natural world around them, using energy harvesting technology to mimic the way animals and plants get "sustainable power" from their surroundings.
Energy harvesting refers to collecting energy from the environment and turning it into electricity. Solar energy harvesters, for example, utilize photovoltaic cells to harvest solar radiation and convert it into electrical energy.
Conventional energy-harvesting techniques still rely on batteries to store the collected energy. Nevertheless, emerging advances in conversion technology are making it possible to create energy harvesters that power devices without having to store energy in batteries.
Read on for four companies leading the charge in developing energy-harvesting technology for the battery-free IoT future.

Everactive is a U.S.-based startup developing hardware toolkits and managed networks that are purpose-built for self-powered devices. The company's proprietary low-power energy harvesting and wireless solutions enable batteryless, always-on IoT systems powered entirely by micro-renewable energy.
Everactive sensors are designed to harvest various forms of energy, such as thermal, mechanical, and vibration energy, from their surroundings. The harvested energy is then used to power the sensors' low-power electronics, eliminating the need for batteries.
Everactive offers its technology as an end-to-end solution, including a sensor node, gateway, and software platform. The Everactive sensor node is a fully integrated energy harvester and low-power wireless system-on-chip. The node can be deployed as a standalone sensor or integrated into existing products to enable battery-free operation.

Imagine a printable, stamp-sized computer with RAM, ROM, an ARM CPU, and onboard sensors that do not need a battery to operate and costs pennies to buy. It may sound too good to be true until you learn about the Wiliot Bluetooth tag.
Each Wiliot tag uses Bluetooth to share location and information about whatever is embedded in or attached. The tags are powered by radio waves, either from a gateway device or another Wiliot tag, and can operate for years without powering down.
Earlier this year, Wiliot announced a partnership program to make its energy-harvesting Bluetooth tags more ubiquitous in industrial applications. The move came as part of a strategic shift from selling tags to letting other companies embed them in their products and sell them under their own brand.

EnOcean's energy-harvesting technology has been used in building automation for over a decade. The company's most groundbreaking product is a line of wireless sensors that use the kinetic energy generated by people moving around to power themselves. This technology has been used in everything from automatic door openers to HVAC systems.
Recently, EnOcean has been working on integrating its technology into LED lighting systems. EnOcean's technology is particularly well-suited for LED lighting because the frequency of light flickers is similar to that of kinetic energy. As a result, the energy harvesters can more easily convert light into electricity.

Nowi is a Dutch semiconductor manufacturer specializing in energy harvesting and power management. The company is reputed for developing one of the market's smallest, most cost-effective PMICs.
In late March, Nowi launched the Diatom module, a high-performing energy-harvesting PMIC that combines energy harvesting and power management into a complete power offering. The module has a cold start feature that enables battery-free applications, cutting down the costs associated with battery maintenance in industrial environments.
Diatom provides power autonomy across numerous applications, from smart homes and industry 4.0 systems to smart wearables and consumer electronics. By perpetually powering devices with clean ambient energy, Diatom reduces the device's ecological footprint.

Energy harvesting technologies are gaining traction in the IoT space for several reasons.
Therefore, as the IoT sector continues to grow, it is likely that energy-harvesting technologies will play an increasingly important role in powering devices. This is good news for the environment and companies looking to develop more sustainable and cost-effective solutions.
Everactive, Wiliot, EnOcean, and Nowi are just a few of the companies working on making this battery-free future a reality. If you are an IoT developer looking to make your products more sustainable, research these and other companies to see how you can integrate their energy-harvesting technologies into your designs and get ahead of the competition.
You can also contact an IoT2Market expert by emailing support@iot2market.com for additional insights on making your battery-free project a success. 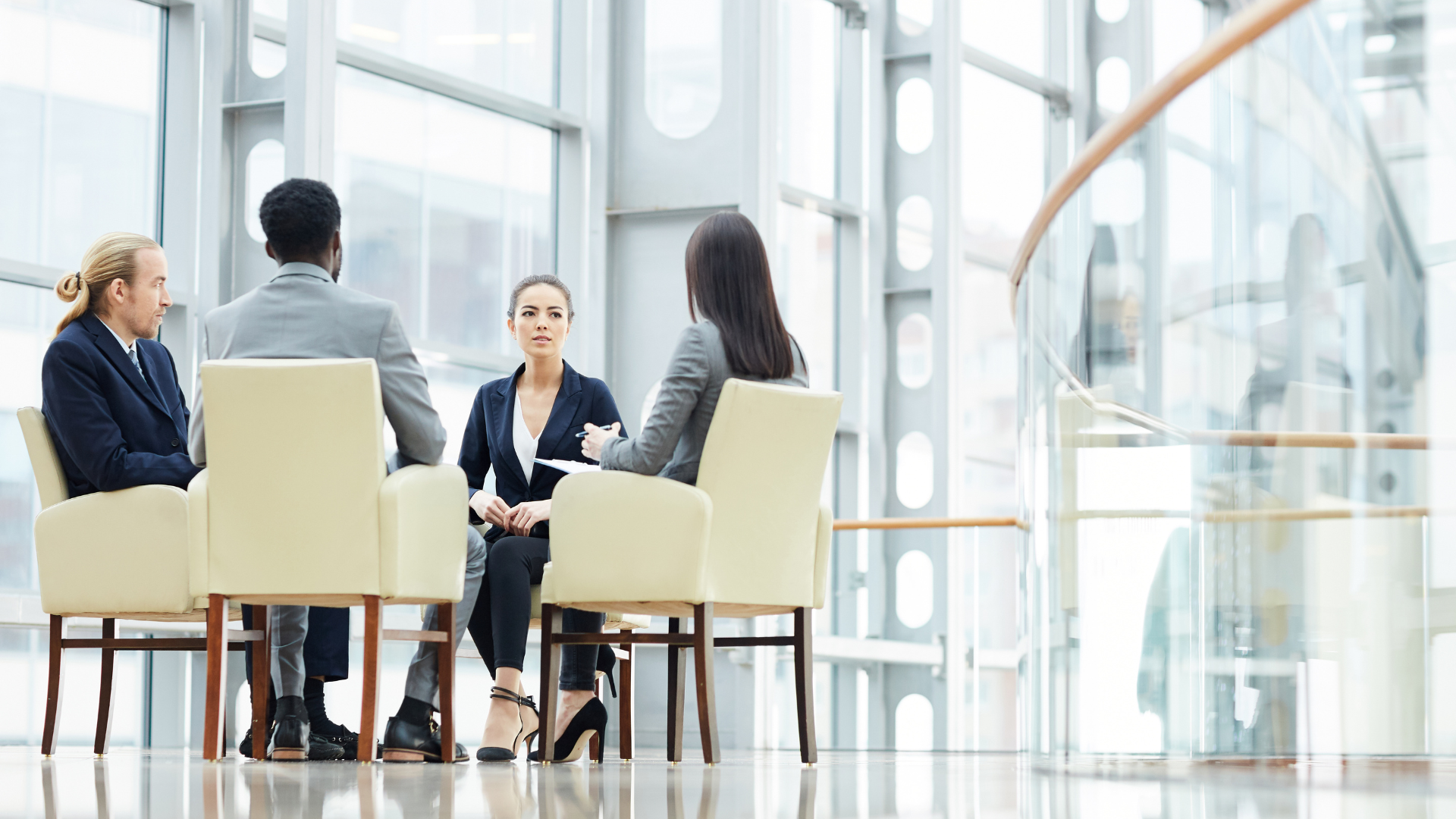 Steps to Take for A Successful IoT Integration ...

Learn how to integrate IoT successfully into your business with this four-step plan that considers y ... 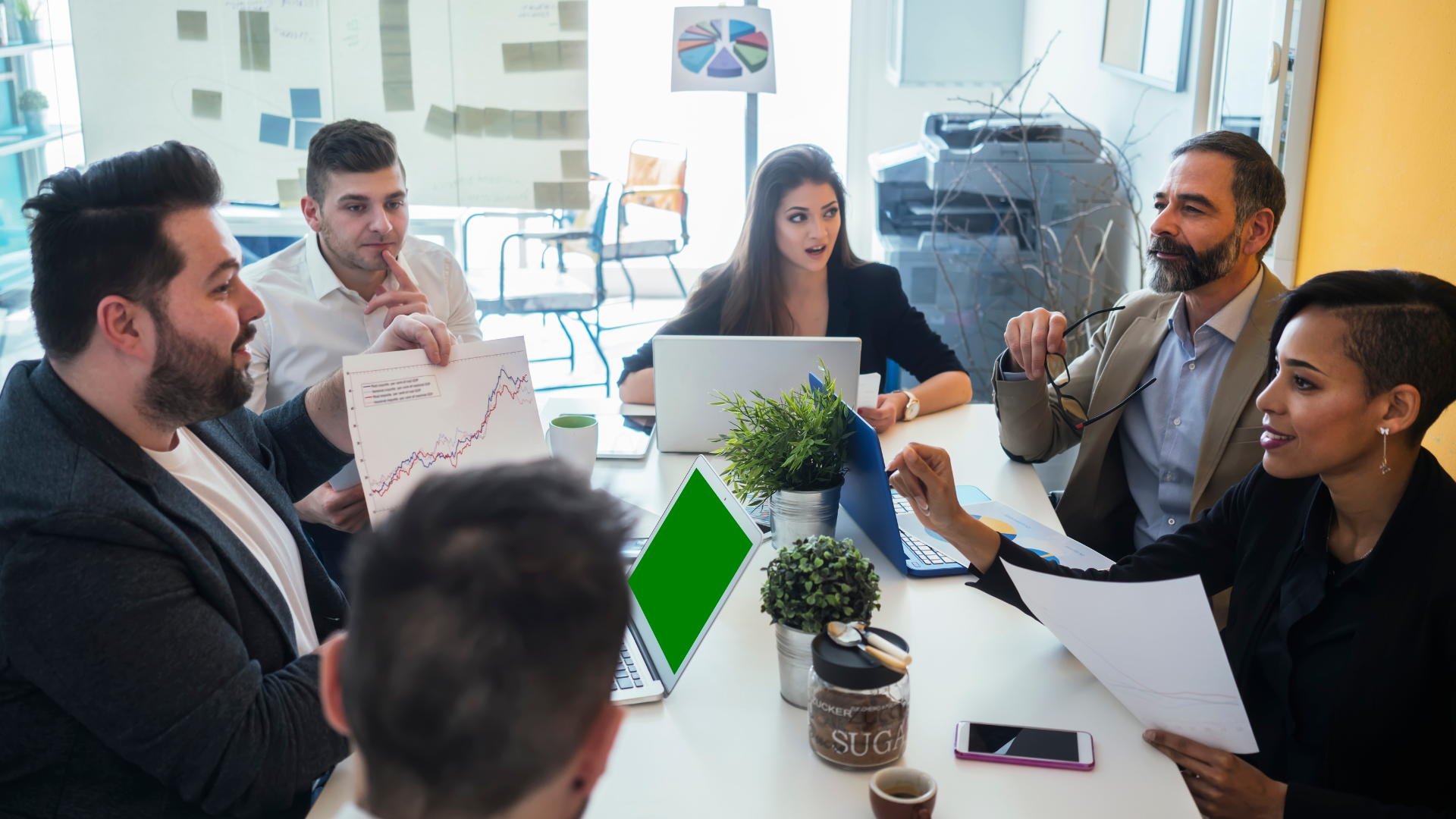 Leveraging IoT to Improve ESG For Companies and Co ...

Companies are taking their commitment to sustainability one step further and making ESG (environment ... 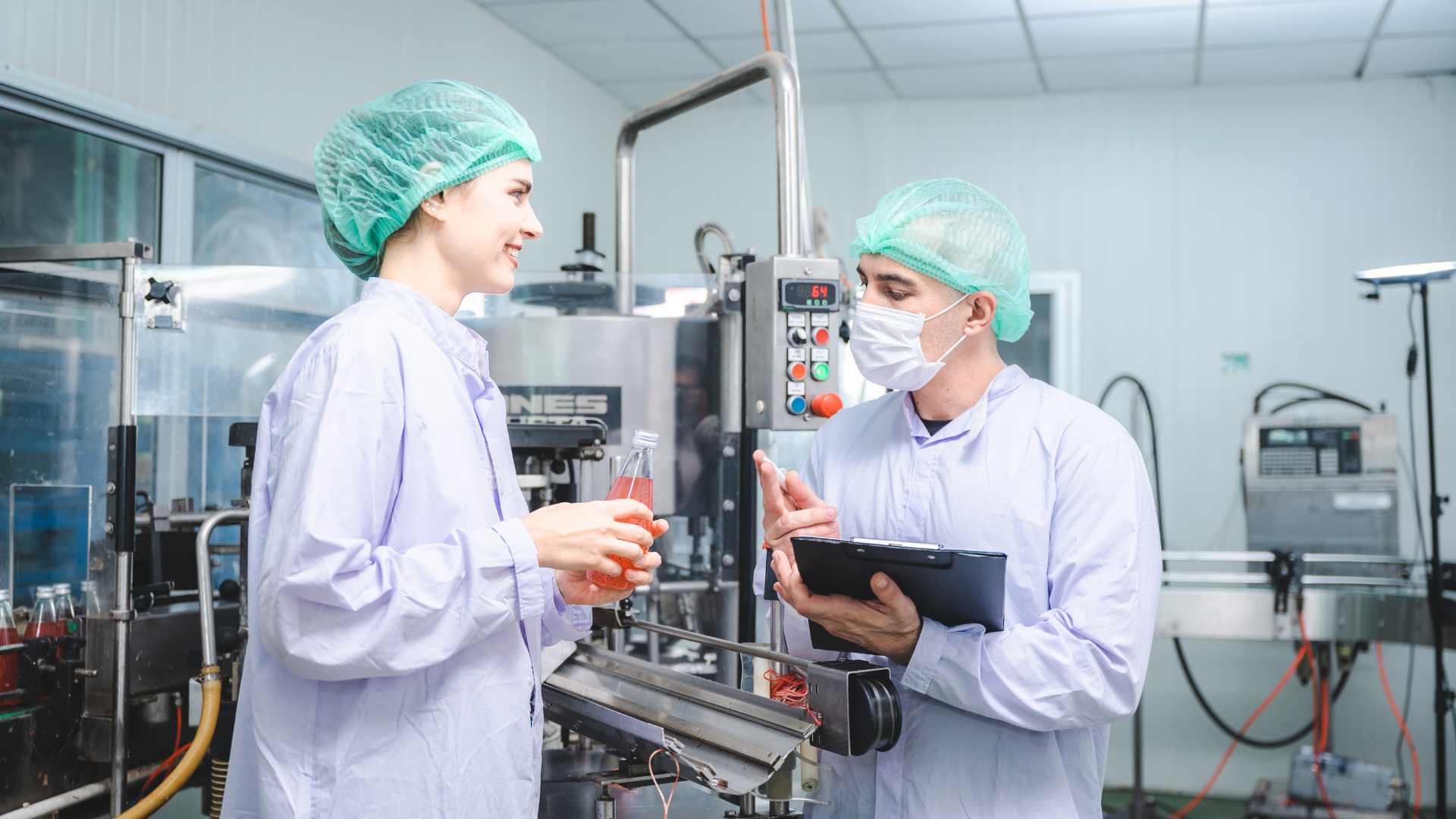 5 Ways IoT is Making the Food and Beverage Industr ... 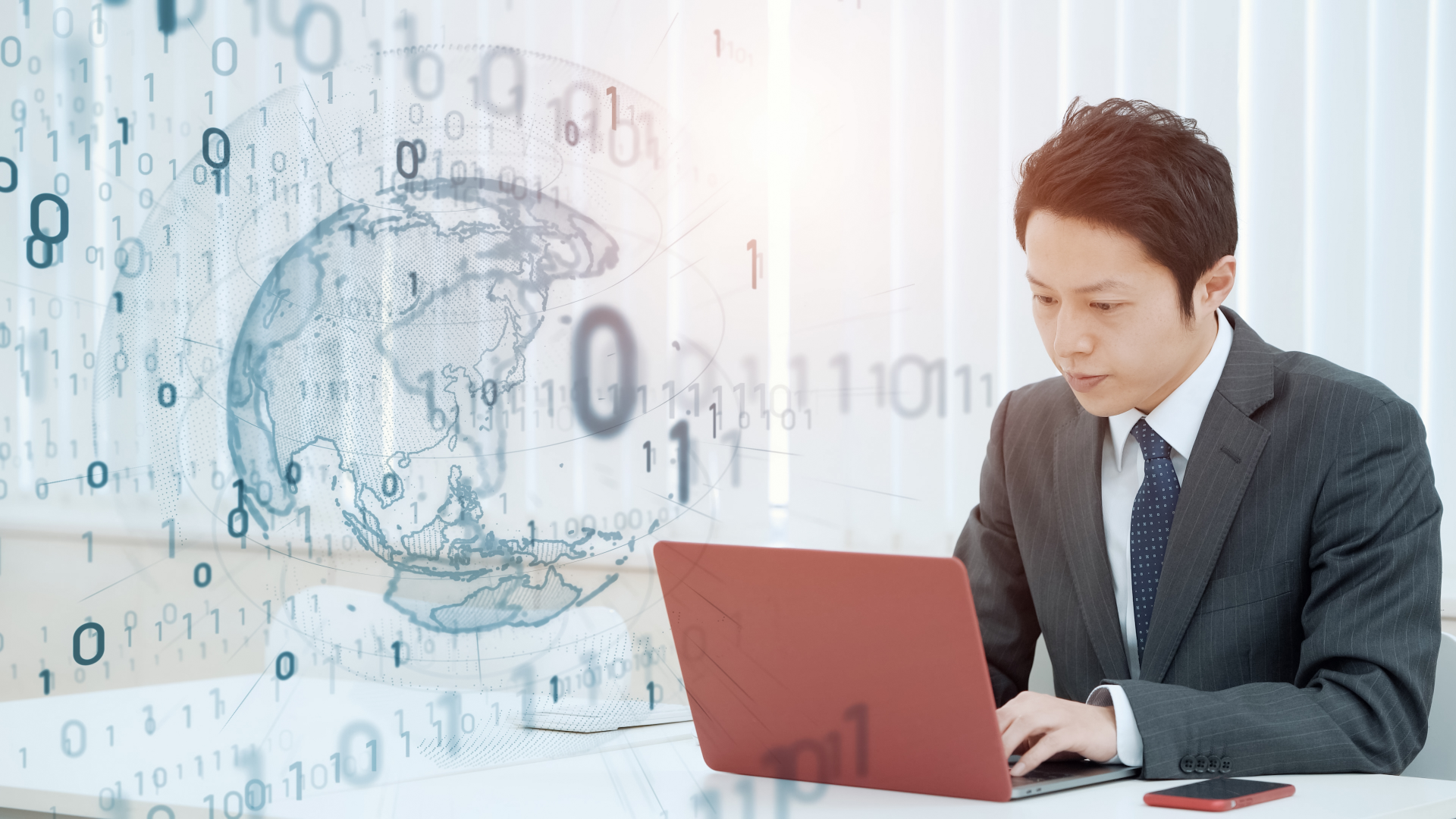 2G and 3G mobile networks are gradually becoming a thing of the past. Read to see how the ongoing sw ...